The College Council is responsible for the governance oversight of Wesley College. There are two student councilors (including the Senior Student) and clerical members nominated by the NSW Synod of the Uniting Church. The balance is elected by the Old Collegians. The Master is also a member of the Council.

Neil Gibson (fr 82) was appointed as Chairman of the Wesley Council at the AGM held on May 2022, having previously been a Council Member for the prior two years.

Neil is an Old Collegian (1982 to 1985) and was Senior Student in his last year. He achieved another successful “Wesley marriage” when he married Suzie Carlon (who attended Wesley during the same years) in 1993. Neil has maintained close links to Wesley in recent years as his three children, Jack, Harry and Lily all attended Wesley, whilst Suzie has been actively involved in the Wesley Foundation.

Our Strategy and Transparency Reports 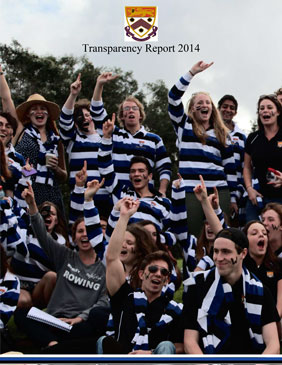 Want to know what it's like to live at Wesley?

Have a read of our College Life section and Student Stories to get an understanding of what to expect when you get here.